Last Ride of the Batmobile

Last Ride of the Batmobile

So, a bit of a tough day today for me and bittersweet; I know for a fact there are enough car guys on here that will understand.

Every cowboy has to have a horse. Starting 11 years ago, as some may recall my mount was the Batmobile, which served all purposes including chauffeur duties as Dad to little league games and Cub Scouts, quick trips to the grocery on a barbecue run, fast cross country runs to A&M, nights out for dinner with Missus Boots, and anything else that needed doing. As car guys would understand, some cars are just different; they just fit. That was certainly the case here, the Batmobile was a true drivers car and always felt like a physical extension of myself. And it did it all with style and panache; on the handful of times where I had to use the valet, I don’t think there was a single time that the kid didn’t say to me “wow Mister that’s a cool car“. After 11 years, 187,147 miles, and a lot of great adventures she and I have been through a lot. And despite her iron resilience and reliability she was starting to show her age, cosmetic things here, suspension wear there, to the point it was going to cost a lot but I would just not give up on her. And then a few weeks ago we were caught by surprise by a freak Hail storm raining golf balls. Reality sometimes bites, and certainly we got bit. Sometimes you just have to let go.

So I worked things out with the insurance company and the guy is coming to pick her up today. Last night I took her out and gave her a good wash job and then one last run through the hills around Weston. After all those miles and without ever having to lay a wrench on the engine, she is still a bullet, just amazing. One last run to unwind the winding roads. Just a thing a man has to do. Even John Wayne had to say goodbye to ‘ol Dollar. Given how much she’s been a part of our lives, I wanted to pay her a little tribute.

So today starts a new chapter, the man will come and take her away and I will start breaking in a new pony that’s actually an old pony. Since I don’t like the way the new ones drive particularly I just went out and got an old one. Happened to find a 2008 up in Oklahoma that was decked out and only had 19,000 miles. Was the last car of the former chairman of Phillips 66, who kept it garaged and drove it on the weekends till he passed of cancer about a year ago. I will do my best to carry on for him.She’s got a Roush supercharger and may just be more game than the Batmobile if a bit more pretentious and brassy with all the stripes. I think we will get along. 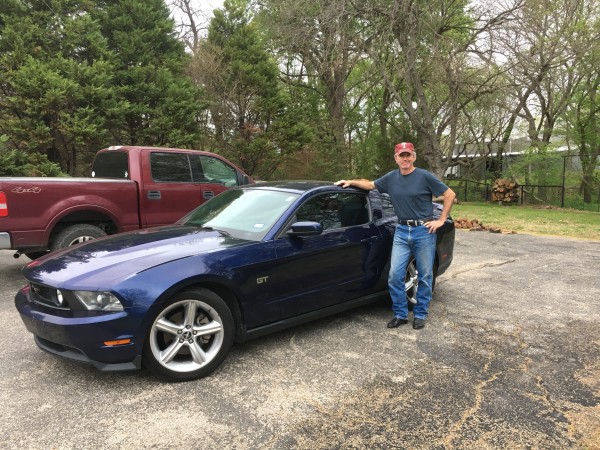 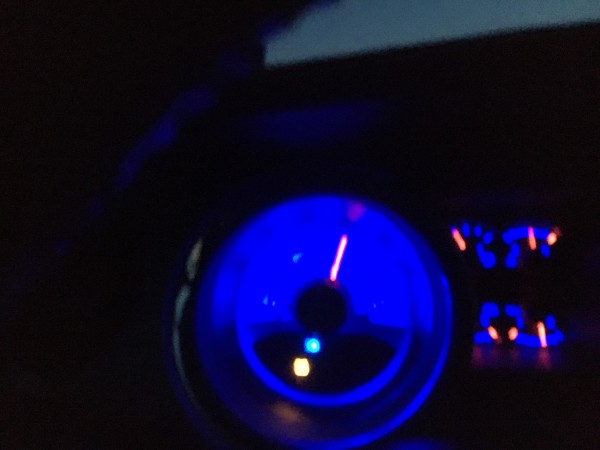 You got a Handle for her yet

"Happy Asphalt"
I am determined to sustain myself as long as possible & die like a soldier who never forgets what is due to his own honor & that of his country—Victory or Death. William Barret Travis - Lt. Col. comdt "The Alamo"
Top

Boots got him a purdy new pony. Very cool

Was that a Mustang?
Moink!
Top

Sorry to hear about the Batmobile

But the new Pony is suwweet.

Sailor Kenshin wrote:Was that a Mustang?

Sailor Kenshin wrote:Was that a Mustang?

Thanks. Way back, we had a '64 1/2 with a quarter million miles. The body was falling apart, the engine rock-solid. I loved that vehicle.

Lots of new memories to be made, Boots! I get attached to my vehicles as well. I'm also in the car (truck) shopping business as we speak and still not sure I'm going to let go of my Jeep when I buy a new truck. I'm 43 years old and only on my 4th vehicle. I've put 400,000 between the last two I've owned.
20" x 40" Party Gator Pit
Custom Mobile Stick Burner
Summerset TRL 32" Built-In Grill
Weber Q2200
48" Custom Firepit

I can't always please everybody. I'm not bacon.
Top

Toby, I’m with you. What’s not broke doesn’t need fixing. And with all the new engine technology and synthetic oils, no reason they shouldn’t last near forever. And I didn’t have to buy something with all the new stupid driver gadgets. After 45 years I know how to drive, don’t need the car to teach me. Just crank it, mash it, and gogogo.

Good luck on the truck hunt, we’ve wanted to replace our old 2004 but they’ve become just stupid expensive these days and I hear there is a shortage due to the supply chain backup from Covid. I see a new F150 costs upward of $50k and a diesel F250 upwards of $70k. It’s just nuts.
BE WELL, BUT NOT DONE
Hank: "Do you know how to start a man's heart with a downed power line?"
Bobby: "No."
Hank: "Well, there's really no wrong way to do it."
Top
Post Reply
10 posts • Page 1 of 1

Users browsing this forum: No registered users and 7 guests