I got bad news this morning

I got bad news this morning

My mom called me at 7:18 am which really never happens. Well, she first asked if anyone was at home with me. I told her the kids were getting ready for school and she told me she has bad news. My dad was diagnosed with colon cancer back in 2002. They thought it was gone. He had surgery on April 15, 2002 and after that no signs of cancer. When he went in for his routine testing on July 31, the blood work showed elevated levels (of what I am not sure because they didn't say). The doctor scheduled more tests. After cat scans, more bloodwork, x-rays, and mri's, they have found cancer in his lungs and a mass in his brain. At first, they wanted to do surgery on his lungs o remove the tumors but when they found it in his brain, they decided to hold off on that. He hasn't seen the neurosurgeon yet but is waiting for a phone call and appt. to go to the Medical Center in Macon, GA to see him and the rest of the team that will be working on his case. The oncologists he saw yesterday told him, he will most likely be admitted immediately to Medical Center. If they can do surgery without damaging his brain, he is going to have it and will discuss the lung surgery. If they can not do surgery without damaging his brain, then it looks like chemo is the only option.

I talked to him for about 45 minutes this morning. The vision problems he has been having for 8 months or so are probably because of the brain tumor. The eye specialist couldn't find anything and for whatever reason never thought to have his brain checked out. He's in really good spirits considering what's going on. My mother is extremely upset and the doctor gave her a prescription for Ativan and some other nerve pill (Daddy couldn't remember the name.). This is the first anyone except my sister has been told what's going on. They didn't want to worry anyone so my grandparents, grandmother, aunts, uncles, and me are just now finding out anything is wrong.


Sorry to ramble. I just needed to get this off my chest.
Top

Allie, our thoughts and prayers go out to you, you Dad and Mom and rest of the family. We will hope for the best.

Allie,my prayers & thoughts are with you & the rest of your family.I've been through this with my dad,so I kind of know what you are going through.
Bill
Top 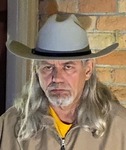 I'm hoping for the best outcome possible. They've made some tremendous strides in the field over the past few years.
Deputy Dave

“A wise man can learn more from a foolish question than a fool can learn from a wise answer."-Bruce Lee
Top

Allie, Im very sorry to hear that. Our thoughts and prayers go out to you and your family at this tough time. If there is anything we can do to help even if you need someone to talk to please don't hesitate to ask. I was in a similar place as you 8 years ago with my mom, so I know how you are feeling.
Yellow Dog BBQ Team
Gator Predator
When people realize what is really important in life there will be a shortage of fishing rods.
Top

Thoughts and prayers to you and your family. Hope and pray that the surgerys can have a good outcome.
Mike

Thoughts & prayers are with you.

"All who wander are not lost.

Sometimes they just can't remember where they parked their car."

In Valor, There is Hope
-Tacitus

Lord, Keep your arm around my shoulders, and your hand over my mouth!
Top

We'll be thinking about your father and family. My dad went through similar instances with the brain thing, couldn't tell ya where it started but I know how you must be feeling. Stay strong

Thoughts and prayers from me and mine. I understand, I lost my grandmother a few years ago to cancer.

"...grilling is fun and tasty, but it isn't brain surgery and the patient won't die if you mess up."
Steven Raichlen
Top

Thoughts and prayers from here too Allie for your father and the family.
tarde venientibus ossa....
Top

Our thoughts and prayers being sent for you and your family.
Top

Thank you all so much! I really appreciate your prayers and support. It means a lot.
Top

Hey Allie..praying hard for Dad and the family.

Allie, our thoughts and prayers will be going out to you, your dad and the rest of your family.

Like DaHorns said, let us know if there is anything that you need.

I also went through the cancer battle with my Dad and one of my real close Aunts. I know what you and your family is going through. Just keep positive!
Chuck

Users browsing this forum: No registered users and 3 guests