Where 'ya from? Whadda 'ya cook on? Tell us a little about yourself. Is there a bounty on your head? 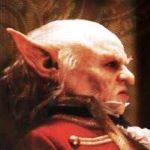 Hi to y'all!
I'm Peter, from the Netherlands and active on several fora under the nick Kobold.
Got into BBQ in 2010 as in smoking meat with the build of my first offset reverse flow smokers made from butane- and propane gastanks.
Between WWII until a few years ago the Dutch tribe was cremating precooked meat on a gasgrill and calling this BBQ

but we are educating them now

However, The Netherlands is the place where the oldest known remnants of BBQ were found, 7700 years ago auroch ribs were cooked and consumed at the Tjonger river, marrow and all.
The reason I've subscribed to this forum is my latest build of a 500 gal offset smoker trailer, where I'm looking on this forum to find people with the same mindset.
Usually I travel for my work as ammo technician several times a year to Austin and Memphis (and other locations) where I try all the bbq joints I can get to in my time off.
One of my hobby's is KCBS competition, being a proud member of AllSeasoned Dutch BBQ Team.
We've had the delight to compete in 2016 and 2018 at the WFC with a 7th place on the side dish candy bacon and 32th on brisket as best results.
so far, if you've got any questions, shoot!
I had my head checked.. on the left side was nothing right and on the right side there was nothing left..
Top

Howdy and Welcome to the Forum