Where 'ya from? Whadda 'ya cook on? Tell us a little about yourself. Is there a bounty on your head?

'BoutTime here. I am 71 years old, and less than a month ago I smoked my very first brisket. Thus my handle.
I hail from the Houston Heights, and now live in Bastrop. Since moving here in 2005, I have hit many BBQ joints in this so-called BBQ Mecca, and I have been sorely disappointed.
Smitty's (great sausage), Black's (good but not outstanding), Chisholm Trail (great ribs), Kreuz (worst of the worst, nothing good at all) in Lockhart. Southside (now in Bastrop, too), Meyer's, and Crosstown (best so far, but no longer open) in Elgin. Louie Mueller (good ribs, but rest not great) in Taylor. Numerous joints in Austin, but none worth mention. Zimmerhanzel's in Smithville was pretty good, but not outstanding. In Bastrop it's been hit or miss, but mostly misses.
Thing is, Daddy made better brisket than any I have found in this area. I never learned how he cooked it, which I now regret. But I decided if Daddy did it so well, then so could I. My first brisket turned out better than any I have found here. The ribs a couple of weeks ago were better than any I have ever had in my life. A pulled pork I did the other night was good, but not what I had hoped for. But then, I'm Texan – we don't do pulled pork. At least we don't normally admit it.
Looking forward to asking for and sharing information, and getting to know some of you. 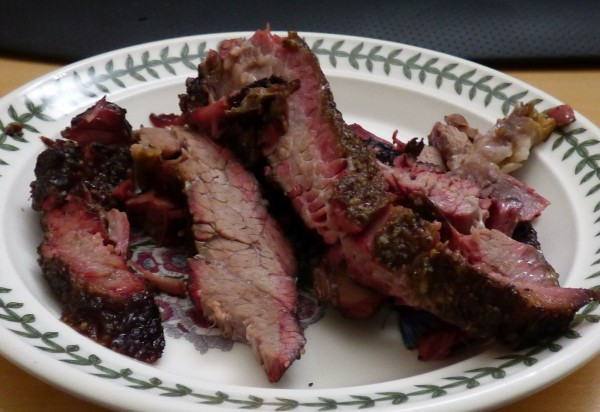 Nah, I think the label said it was Angus Beef.
I'm not trying to change the world. I'm trying to keep the world from changing ME!
Equipment:
Weber Kettle Grill (22")
Pit Boss PB700FB (New)

Welcome, from Cypress TX. I go through Bastrop often on my way to Canyon Lake. I try and stop at the Paige Ice House for one on my way.
Top

Howdy from College Station. I've been to most on your list and agree with your assessment of each. It's also hard to beat your own backyard!
Top

Welcome to the forum !!!

In reading all your other posts you sure seem to have a lot of knowledge and opinions for someone that smoked their first brisket in September of 2019. I think you're pulling our leg.

Welcome to the forum. Do post often and include pictures....
nice introduction and in the right place you get extra points in my book for that

There are some really good cooks on here so enjoy your pursuit of the perfect BBQ....
looking forward to your pictures and posts

Welcome from Norway. Look forward to seeing your pictures and posts.