Fish, shrimp, lobster, crabs, scallops, and any other type of seafood.

went out on the lake this weekend and pulled in a nice steelhead. been sitting in marinate for a couple of days. it's going on the smoker in a little bit. this is my first attempt at smoked fish. 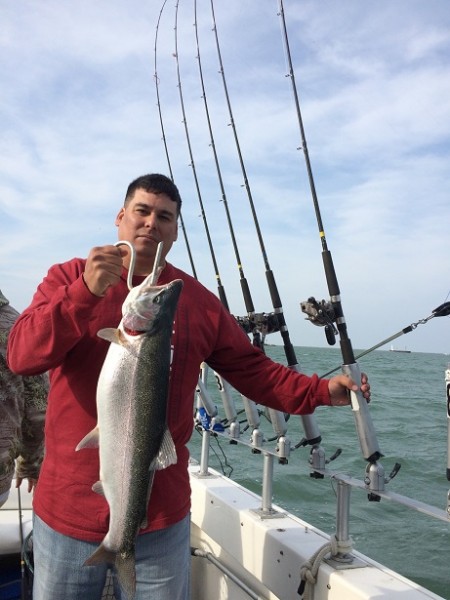 Beautiful Fish, TJ and the meat is equally as gorgeous - - - - might pick yourself up some roasted pineapple and habenero sauce to enjoy with the filets. may not be pretty, but it tastes way better than I had expected. I used hickory for the smoke. 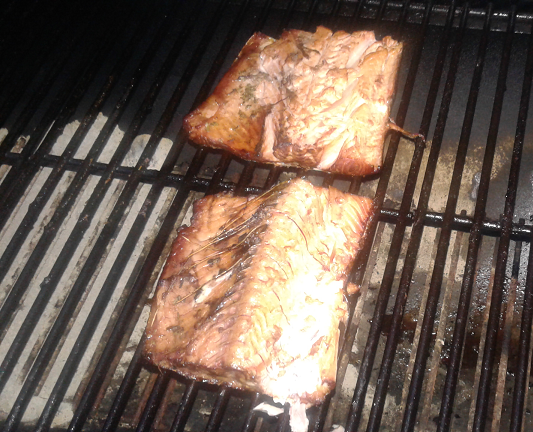 Yum Yum, grilled fish will sometimes get ugly on the grill but the taste is worth it - - - - fish like that from real cold water environment that hasn't been frozen is as good as it gets

OK, get over it, you lost. God bless America

Congrats on the nice fish, ya did real good on smoking it from the pics. Also loved the stuffed peppers,

Hey Russ
Steelhead are a sea run trout. Can get grow rather large but not as big as Salmon. Our state record is just over 30 lbs.
like Salmon they spawn in our local rivers and then at smolt they head out to the Pacific.
Unlike Salmon, the majority of Steelhead don't die after spawning. Once Steelhead have spawned they will return to the ocean and start the cycle all over again.
But alas as our Salmon runs Steelhead returns have declined to the point of being placed on the endanger species list.

Locally here recreational fishers have not been allowed to retain a wild Steelhead for over 25 years now and the runs still continue to decline. Lots of finger pointing as to the continued decline of the runs including habitat loss and gill netting of the rivers during the runs returns.

Fresh smoked Steelhead is hard to beat. You did good on both accounts.

Thanks for info bill. Appreciated.

Return to “Fish and Seafood”