Any type of purchased BBQ Pit.

I just received my Texas Original ‘Luling’. I ordered the reverse flow mod. I have two concerns-
1) rust in the smoke stack- fresh off pallet and never used
2) gaps on each side of my tuning plate closest to the fire box. I thought the point of reverse flow was to ensure every bit of smoke makes its way under-around-over and not through gaps next to the firebox.

I’m new to this and have never seen a real stick-burner. Am I overreacting?
Pictures included 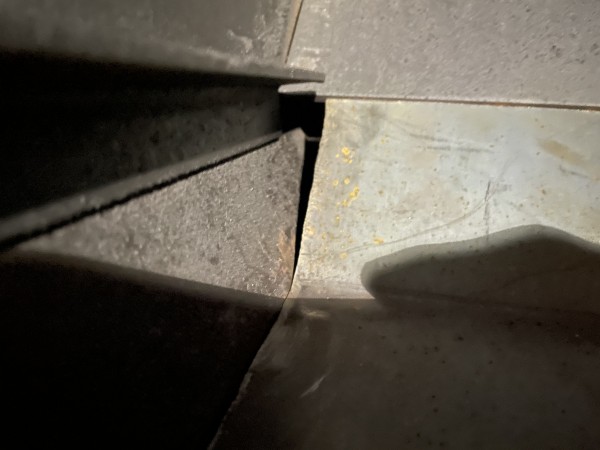 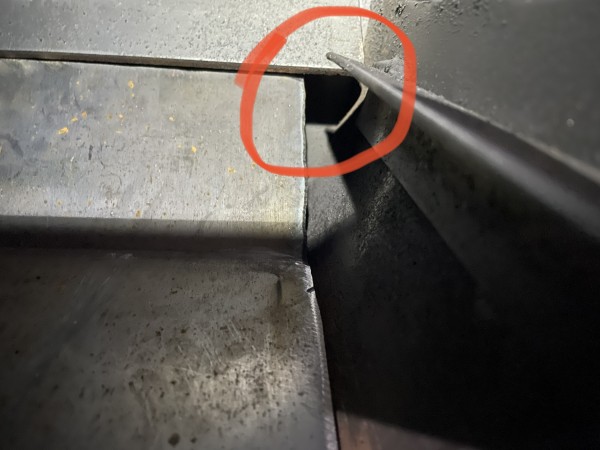 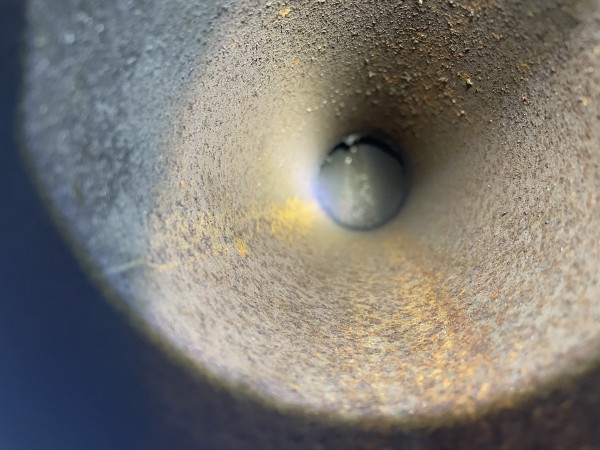 Being a classic reactionarian myself, far be it for me to say you are overreacting, but, well, yeah just a bit. Rust inside the stack is no big deal, reflects them probably using virgin pipe (a good thing). Black pipe realistically won’t last a month out of the forge before starting to oxidize and present a little patina. Within a couple of cooks you will have seasoned it over with some good grease vapor residue, a bit of creosote from fire start ups etc and it will self protect against rust. Or you might be an engineer or an accountant or a doctor and this still might make you a bit crazy like a poison oak itch, in which case you can exercise a self cure (“physician, heal thyself” said Shakespeare). You gotta season the inside of you pit anyway, for which I personally recommend peanut oil (smells great when you crank for the first burn-in, the neighbors dogs will come sniffing in for blocks around). Stuff is thicker and very clingy, and you can take a clean rag, twist the end of a coat hanger round it to make a pipe cleaner, douse the rag with your peanut oil, and then commence to dress the inside of your pipe like a mad well digger looking for sweet groundwater.

As for the tuning plates, one thing is universally true, nearly all cookers except vaults leak and burp some smoke. The heat generated velocity of the smoke coming out of your firebox will still generate good push around to the end of your cooker to derive the reverse flow. Probably not a biggie dealie. My cooker Rosebud has no tuning plates ad leaks like the Titanic after hitting the iceberg. Doesn’t affect the quality of the output by a farthing. I just had to adjust to it rather than it adjusting to me. Cookers are like women that way, never met a married man yet who didn’t change after getting married, and no illusions about the relationship with a cooker, it’s a marriage! One day it’s fair weather, wine and roses, the next day a cold front moves in and she gives you the finger, and then the third day the sun is out again and she acts like nothing ever happened, la de da...

Just my 2 pesos worth.
BE WELL, BUT NOT DONE
Hank: "Do you know how to start a man's heart with a downed power line?"
Bobby: "No."
Hank: "Well, there's really no wrong way to do it."
Top

Congrats on your new pit, you should be good on the rust issue after seasoning it. No biggie on the tuning plates you will have a lil smoke escape but it should not be a issue. Happy smoking

The rust in the exhaust is nothing it will be gone the first fire.
The fit and finish while not perfect will work. If you notice a above normal hot spot there just stuff the gap with some foil.
Congratulations on your new cooker.

Users browsing this forum: No registered users and 8 guests