Every now and again I decide to do my good deed and bring in some chow for the gang I work with, even the ones I really don't care for. Its ok tho because I add a healthy dose of Ex-Lax in thier portions...

Anyways, Smoked a 22 lb Corned Brisket over Hickory and Peach after soaking it for a day to get most of the salt out.

Hit with Sucklebusters SPG first, then our Prime Rib Rub and then in the Akorn at 250 for about 9 hrs, first 3 uncovered til it was tender, about 205 I.T

Let it rest 2 hrs and sliced for the vultures 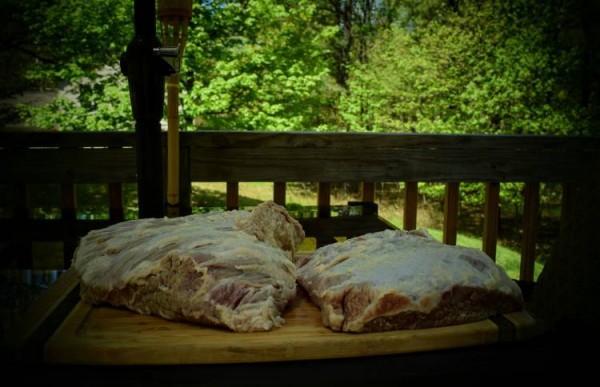 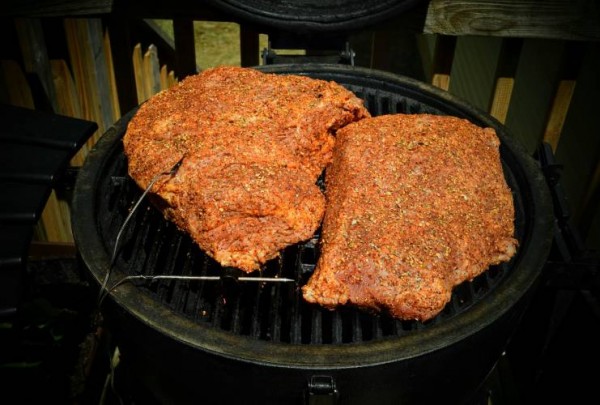 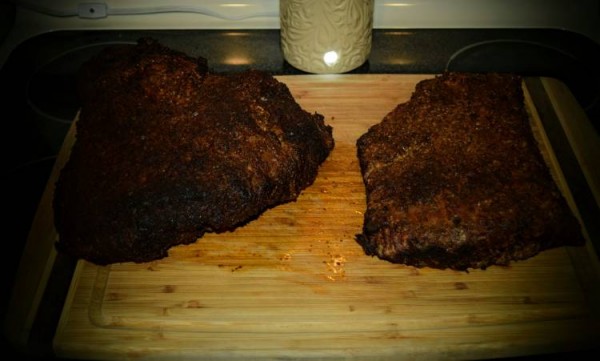 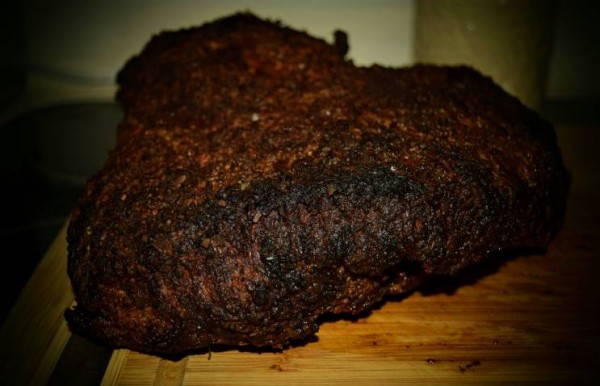 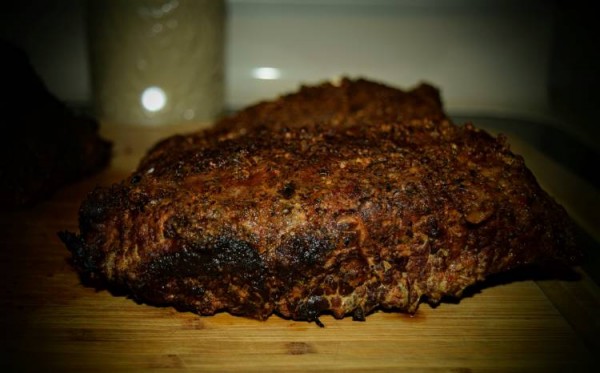 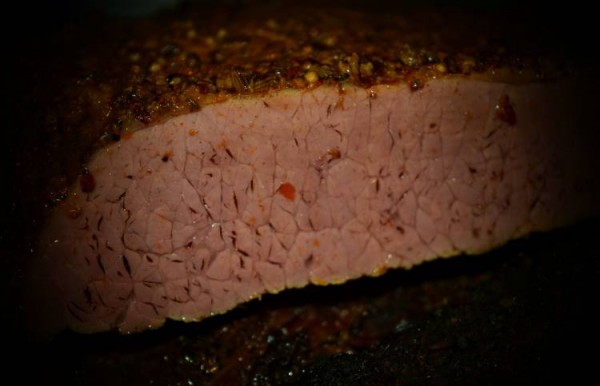 Sent from my iPhone using Tapatalk

Yeah kinda like truck owners , once you get one it apparently comes with friends you never knew u had

Sent from my iPhone using Tapatalk

Yeah kinda like truck owners , once you get one it apparently comes with friends you never knew u had

I live that story my friend 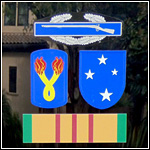 Wow that looks great. Smoked corned beef is something else. Hope your friends know how fortunate they are.
Do you use a comm'l slicer? Nice cuts.

Don, I actually sliced these by hand, closing one eye and using my " better " one lol.
Unfortunately, I've recently found out that my vision isn't what it was not long ago.
It's all good, its the price of the climbing up the # ladder and working with up close objects...
Top

Never had it but it dang sure looks good!!!
Weber 22" with SlownSear
Weber Smokey Mountain 22"
Top

castironchris wrote:Never had it but it dang sure looks good!!!

Chris, Corned Beef is alot like a Brisket but usually Steamed or Boiled in a brine.
I rather Smoke it unless its going with Cabbage, then it simmers in the slow cooker for 6 hrs.

I cheat and get a Corned Beef Brisket because the brining process has already been done for me. Now I just soak it in water overnight changing the water a few times. If you don't, it will be way to salty to eat.

So basically it's Pastrami in the end after its Smoked.

I usually smoke these over Hickory and Peach for 3 to 4 hours at 250, it gets to about 160 internal temp, then it gets tented with foil in a pan with a small amount of Beef Broth or Beer until it hits about 185 a few hours later, then the foil comes off to help reset the bark/crust until its done.
Every one I've done is always finished between 200-205 so I usually probe it the first time at 200.

Cook it just like a regular brisket and you will love it. It definitely has a different taste , more Salty but the texture is close .

Give it a shot, Memorial Day specials should get them about 2$ a lb
Top

OldUsedParts wrote:I was beginning to become envious until I saw that four lettered word that also starts with "W" - -

Users browsing this forum: No registered users and 3 guests