Bring it on! This is our online version of BBQ contests.

Congrats to all who submitted entries.
Suppose you were an idiot, and suppose you were a member of congress; but I repeat myself - Mark Twain
XL, Small, and Mini BGE
Top

Congratulations and Big Kudos to you Rambo, nice job and beautiful food you came out with :) !!

Congrats to Everyone as well for throwin in ur cooks, everyone's grub looks Excellent :):)

Again, amazing job and dedication from you. Very generous of you once again to sacrifice your time and thoughts/energy into another great Throwdown.. 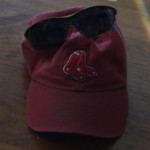 Congratulations to Rambo on the win

.
Glad I got a chance to show off my new hat

So many nice Folks here; I've received several private messages and your kind wishes on the board.

This is a neat place with good folks.

thank all of you.

Congrats Rambo on the win, hats off to ya Sir! What a great spread.

What size Tshirt fits ya? We got in some brand new swag, on has your name on it.

Thanks again everyone
Top

Sorry for not congratulating you Rambo, you got my vote btw, not disrespecting other contestants but yours truely stood out. Also thanks tx911 , sorry I'm not good on numbers,lol , for coordinating the comp. another 1.i wanted to enter but it just didn't transpire. Maybe next time? We didn't have a bird in the freezer but we have a few now, so thanks to everyone. I enjoyed the pics, I even learnt a few things about presentation!!!!

TX1911 wrote:By the way, y'all know we love pictures! Post up any photos you have of your cooks, and let us know what you did!

Congrats on the win Rambo.

I didn't take to many photos, due to the fact we were a bit busy. And I shot a photo late and turned it in. Didn't do much in the way of presentation as we were cooking for a crowd.

We did 9 racks of ribs, 6 baby back and 3 St. Louis cut. 15 pounds of wings, a little bit of suasage, and a couple of links of Best Stop Boudin. EH will be familiar with that. I also have a friend that is a salesmen for Ben E Keith, and he picked up some chicken and sausage gumbo from them and had it in a crock pot. The side were purchased potato salad, a homemade tuna pasta salad, and I picked up the dipping sauces for the wings from the wing stop on Jones Rd. I also threw on a couple fo heads of cabbage, cored in out and stuffed some garlic in in and wrapped in bacon then poil and did them on the pit. They didn't finish up until later in the game as I didn't get them on early enough. The wings were cooked on the steak and fajita cooker mounted on the trailer pit. My son cooked those but he didn't take any pics. Anyway, we had a fun party, it was a good game, and it was my first cvontribution to a TD. And it made me feel good to enter because I take a lot of knowledge away from this forum and the good people on it. 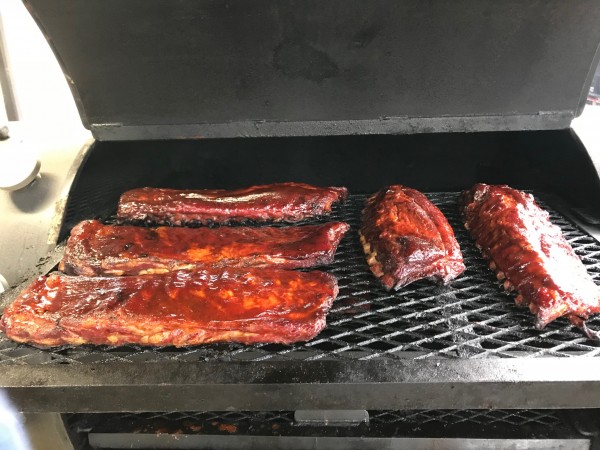 Here is a few racks of ribs still on the pit 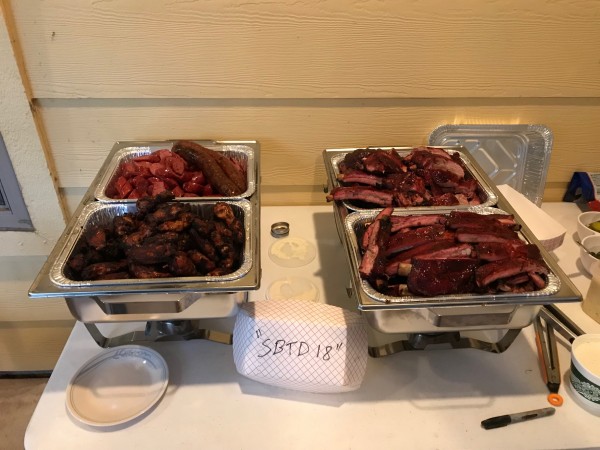 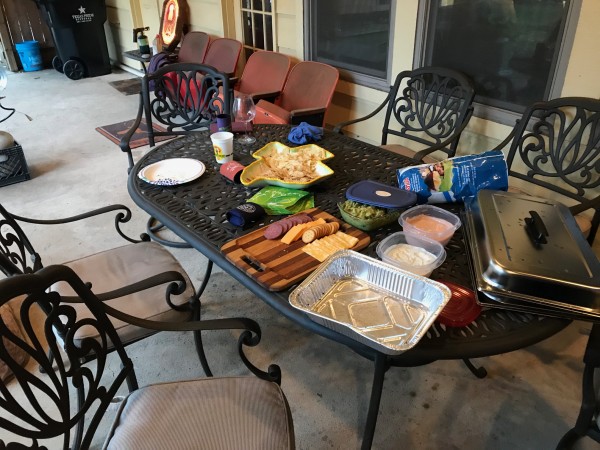 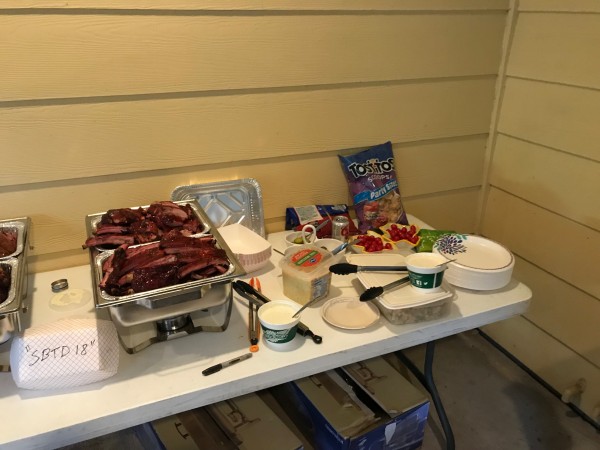