Fight! To stay awake that is, LOL 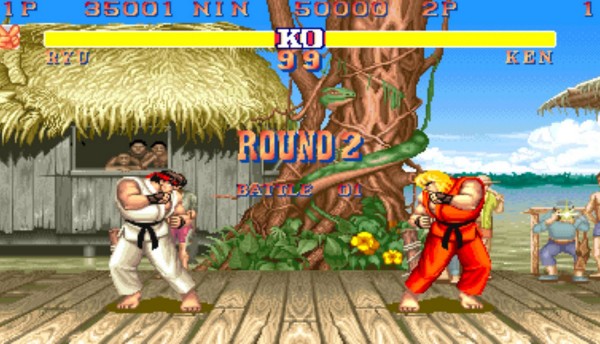 It's time to try brisket on the Rec Tec again! It's been going for about 2 hours now. Trimmed the fat a little closer this time than last. After watching Franklin's videos on briskets again, I realized that the way I cooked it ultra slow and low last time, I didn't need as thick a fat cap. Costco had done a pretty good job of basic trimming this time as it was. Sadly I forgot to get any pics of my trim work, but here's a pic of it seasoned up right before going on the grill:

Oh and for those who saw my post asking what they though of the briskets I took pics of at Costco, this one did indeed turn out fine.
Rec Tec 680
Weber 22" Premium Kettle Grill in Green

That should be around 6pm my time, 8pm your time, LOL.

If it turns out like the first one, I'll be happy.

Hope I'm not already in bed

Oh come on, at least make me work for my one liners. 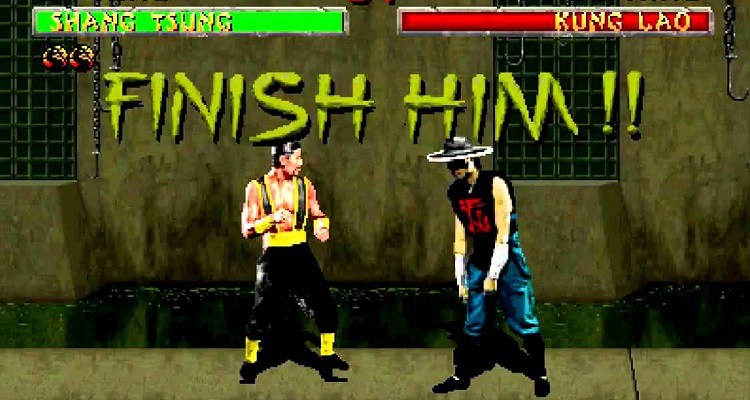 
Sent from my iPhone using Tapatalk

OUP or the Brisket?? LOL

OK so here we are at the 4 hour in mark: 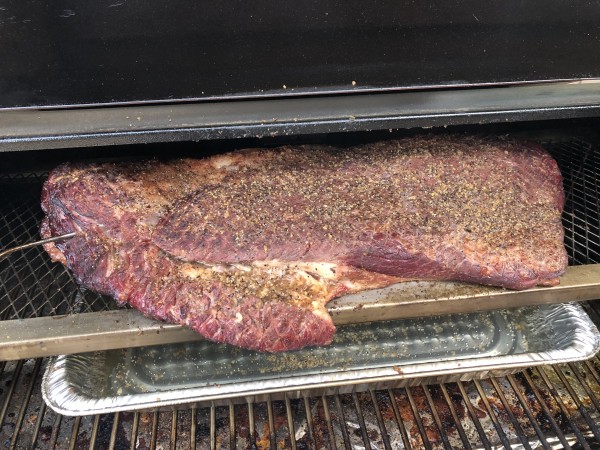 Up till now, I'd had it fat side up and cooking at 180 degrees trying to get as much smoke as possible into it. I turned it over and cranked the Rec Tec up to 225 degrees though. I'll keep it fat side down this time to see how it comes out, unless it looks like it's drying out, then I'm flipping it back. With the water pan being between the flame and the brisket, I suspect the air flow over the top is going to be the hot zone though. Guess we'll see...
Rec Tec 680
Weber 22" Premium Kettle Grill in Green

It's kinda doin' double duty at this point, LOL. It's more intended to be a water pan though.
Rec Tec 680
Weber 22" Premium Kettle Grill in Green

Lol - the brisket. Haven’t you seen the pics of OUP and his attack pups? You don’t want none of that :)

Ok, so even with spritzing, the brisket was starting to look a little dry a few hours after my last post, so I flipped it back to fat side up. Looks like I was right about most of the hot air flow being across the top of the chamber. I turned it up from 180 to 215 at that point too.

https://www.youtube.com/watch?v=ZzdrrYhqAks NO, not that rap... 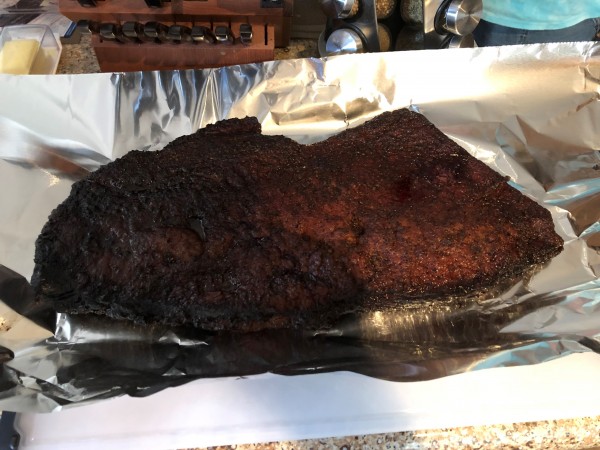 FINALLY!!! The RMS has come back... ah never mind, LOL

So we ALMOST has a brisket crisis here. What happened was a dang good lesson in "If it ain't broke..." also. brisket was 95% of the way to probe tender at 200 degrees IT, so I decided to throw it on the Weber for a few to try to firm up the bark after it had been wrapped the last couple of hours. Worked fine on the meat side; let it set just a minute or two and then flipped it over. Fat cap side made the whole dang Weber go up like a giant roman candle flare up

Even grabbing it with the tongs to pull it off, my hand was still in the flame for half a second. You'd think as many times as I've fooled around with that Weber, i'd dad gum know better.

Luckily, all that happened was some of the fat cap got seared off, and the brisket was salvageable. Here's the fat cap side pic - after it was done resting double wrapped in the "cooler": 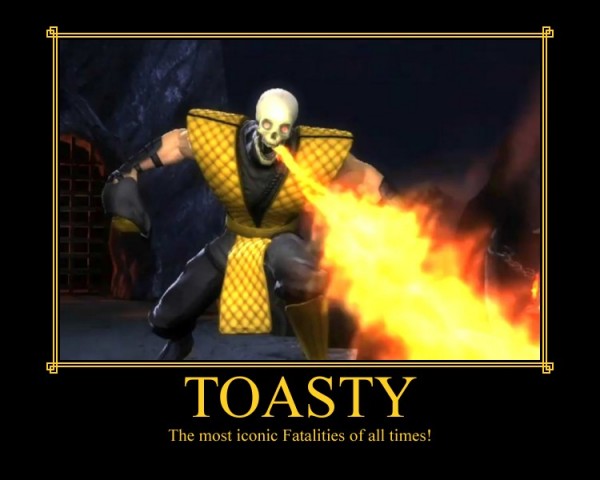 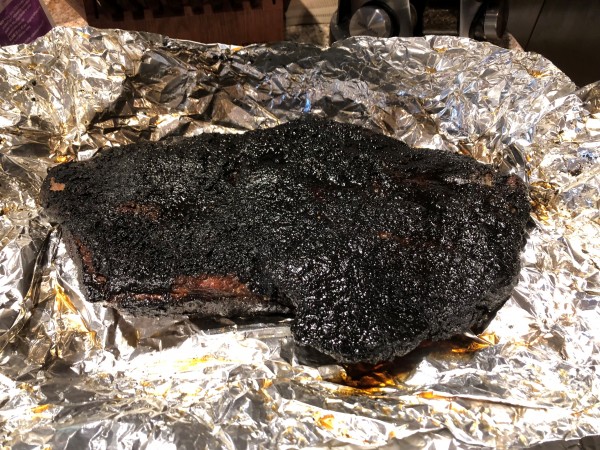 Flipping it over and carving it, we see it wasn't as bad as that side looked though: 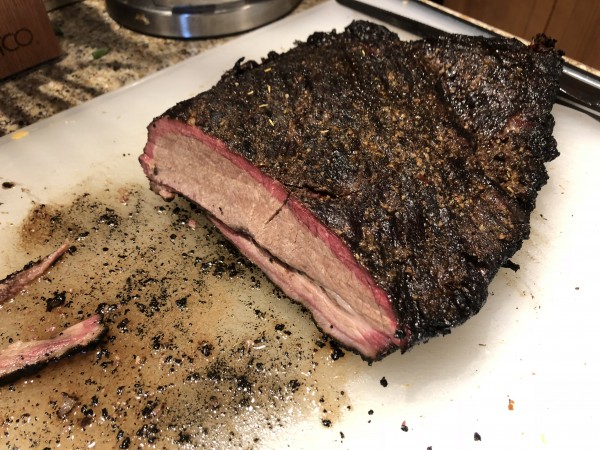 It turned out pretty good... Honestly I could still taste just a bit of that carbon though, and it could have been just a bit more moist. So was I happy with it? Yeah. Definite room for improvement though and I think the last one turned out just a bit better. Still... This brisket was made because the lady of the house was entertaining tonight. Lemme tell yah what... 10 women tore that 13 pound brisket clean up, LOL. Not before I got some killer burnt ends though.

There are advantages to being chef and server, LOL.

They made short work of my steamed green beans mixed with smoked (turkey) bacon and mushrooms sauteed in garlic butter too! 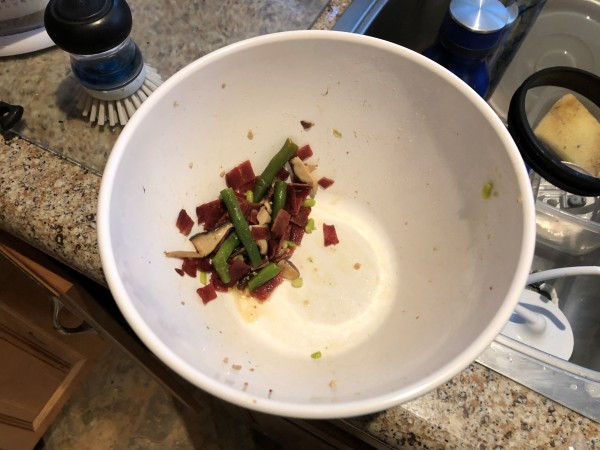 It may not have been competition worthy, but it all got me two rounds of appluase here.