Everything Grilled. We LOVE pictures.

Helped a friend prepare diner Foran early Father’s Day dinner as all the wimmen folk are leaving early for Florida tomorrow.
Last night we prepped, first off was a chimmichurri sauce that was really good last night and was incredible today. Frank’s Hot Sauce has some competition, I put the chimmichurri on everything.
I used Top Sirloin for the kabobs, a plethora of vegetables all marinated in McCormick Brazilian Steakhouse marinade, great stuff.
Drowned some chicken bewbs in Mad Hunky poultry brine overnight and dry seasoned today.
Also did up some cheeseburgers, nothing too special about them.
Stared with the 22” Weber and the 18” Weber and couldn’t resist firing up the mini BGE so it didn’t feel left out. 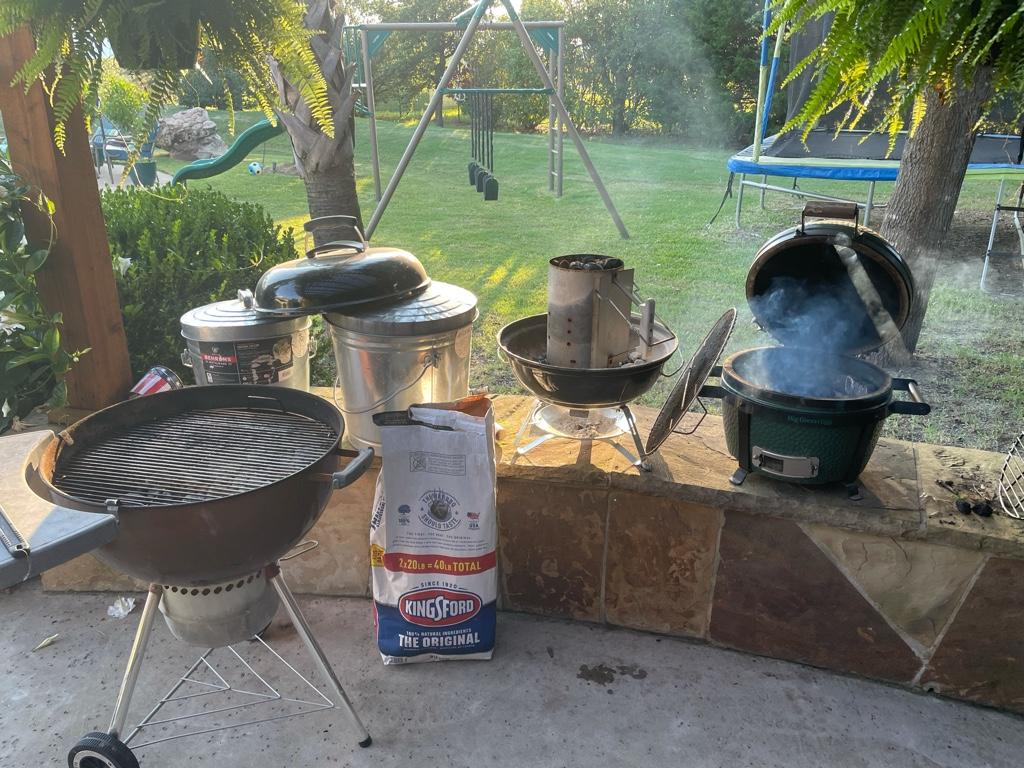 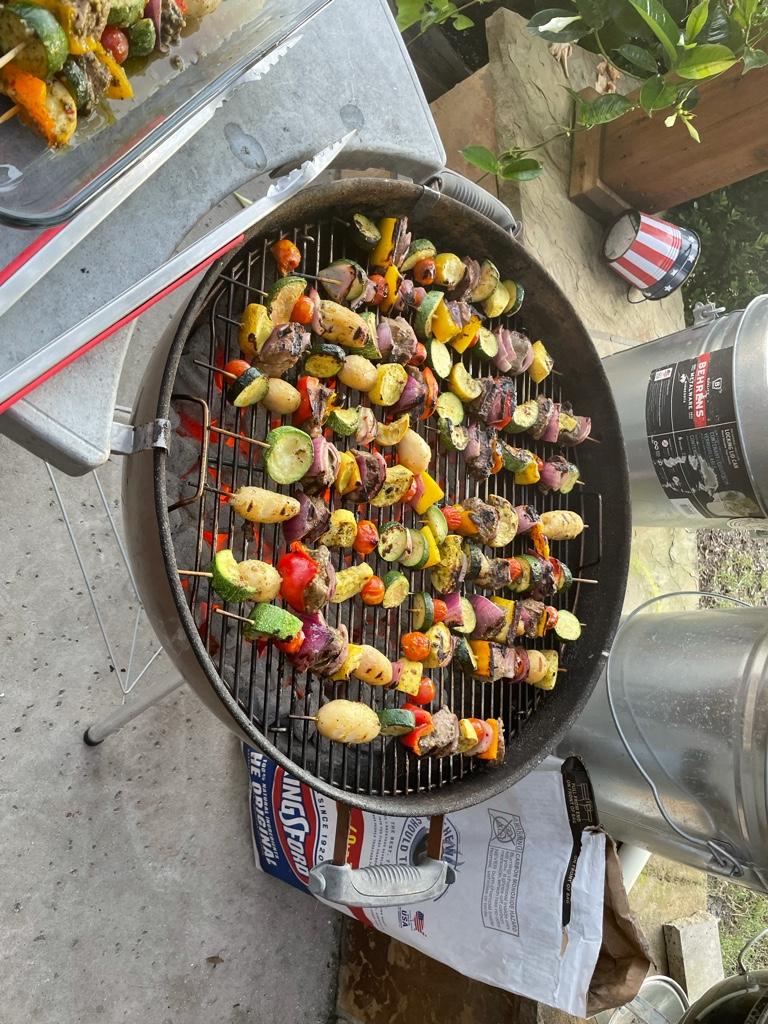 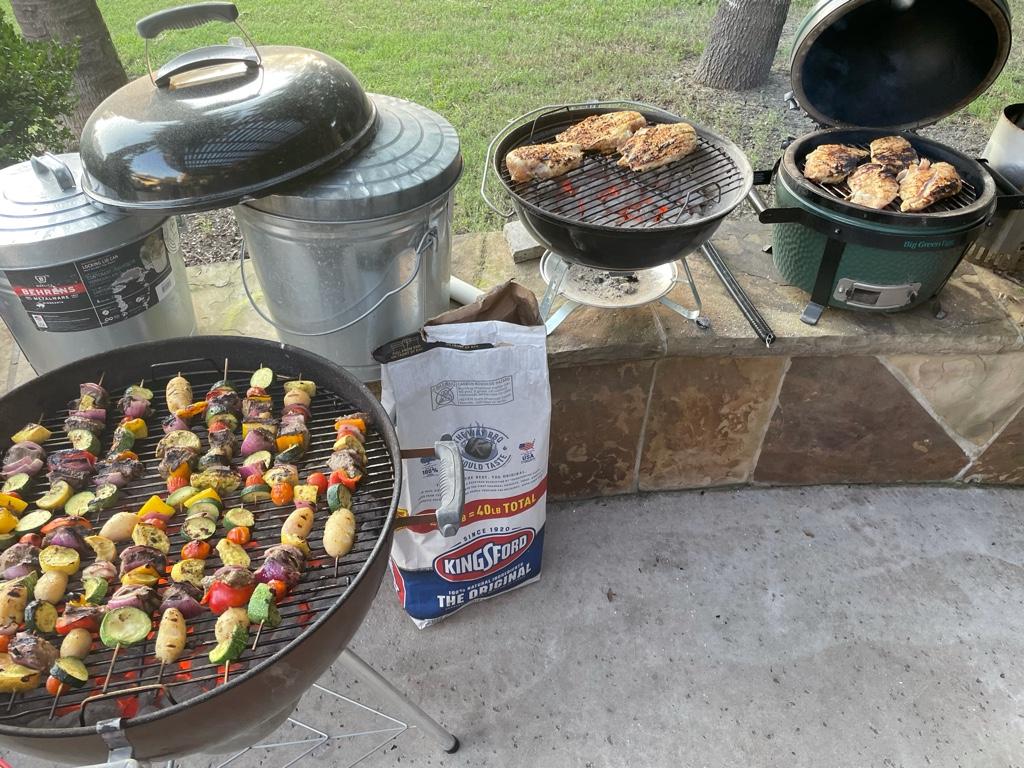 On a separate note but semi related, a buddy picked up around 30,000#s of stainless sheet and tubing at an auction for a company that went under last year for basically nothing. I spent the afternoon moving material for him which built up quite the appetite for the above dinner. I had been kicking around some ideas for building a new grill but hadn’t moved forward as steel prices are currently insane. Now the material was literally dropped in my lap so it’s time to make this idea a reality. Stay tuned.
Thanks for looking

You’ve been busy; food looks great and good luck on the smoker
Top

Stainless Steel = argon welding?
BE WELL, BUT NOT DONE
Hank: "Do you know how to jumpstart a man's heart with a downed power line?"
Bobby: "No."
Hank: "Well, there's really no wrong way to do it."
Top

There's lots of Yummy and Happy Ouuuu'sn from those Pics

Correct, 100% argon if I TIG weld it which I will probably do .
Technically I could use my other machine and MIG weld it using stainless wire, tri-mix ( helium/argon/CO2) gas but I would also need to change out the drive wheels, liner and tip to avoid contamination.

Rough plan is form as much as I can using a press brake which will cut down the amount of welding considerably.
Top

Oh my 15 tons SS. That’s a lot of SS.
Suppose you were an idiot, and suppose you were a member of congress; but I repeat myself - Mark Twain
XL, Small, and Mini BGE
Top
Post Reply
6 posts • Page 1 of 1

Return to “Grillin and Chillin”